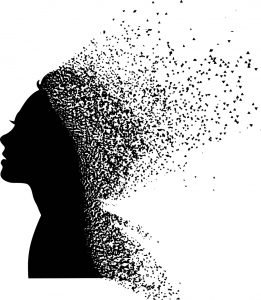 Living Well With a Dual Diagnosis

What is a Dual Diagnosis And Why Does It Matter?

To be honest, I had never heard the term “dual diagnosis” until I started with LifeRing Secular Recovery. But once I got clear on what that meant, it gave me a powerful framework for understanding myself: my Bipolar diagnosis could feed my anxiety, both of which could feed my addiction. And most importantly, realizing my addiction had spent years feeding my mental disorders created an imperative to end the cycle.

So in a nutshell, dual diagnosis refers to the coexistence, or in your therapist’s lingo, comorbidity of both a mental disorder and a substance use disorder (SUD). But let’s clear something up: there can be two, three, really an infinite number of mental health disorders along with the addiction disorder—which can also be split into multiple addictions. So “dual” is a bit misleading. There are no shortage of ailments that can confront a person.

Getting Your Dual Diagnosis Is A Good Thing

It can be hard to pin down a dual diagnosis, because both the co-occurring substance use disorder and the mental disorder share risk factors. And it can be hard to figure out what’s going on in your own head. Often, the two or more factors in the dual diagnosis are diagnosed months or even years apart. Once you realize you have a substance use disorder, it can take some time for your care team (who is now focused on treating just your SUD) to realize there’s something else going on.

So after a while of being treated for just one problem, and perhaps (since the other is ignored) not reaching any kind of resolution, getting your second diagnosis can be an amazing feeling. It provides a roadmap for treatment, let’s you know that there’s a reason what’s been going on has felt out of your hands, and creates progress out of working with both diagnoses at once.

Knowledge is power. It was clear I had a substance use disorder long before it was clear I suffered from Bipolar, and I had anxiety long before I had a substance use disorder. The more hard drugs I used, the more I felt wrong. But it took getting off those substances to see that I also had Bipolar disorder. When the substances were gone but the same problems remained and remained, I went back to the therapy and was quickly diagnosed and medicated for Bipolar. The diagnosis underscored the need to stop abusing drugs–my care team made it clear that Bipolar and substances didn’t mesh. And somehow, some way (perhaps with the clarity of a diagnosis), I was able to hear them.

My team never once used the term “dual diagnosis.” I had only become aware of the concept after joining LifeRing. Since it provides so much clarity for me, I find the lack of chatter about dual diagnoses to be a major shortcoming of modern psychiatry. They are ubiquitous, but not studied as such.

The moment I heard the term “dual diagnosis,” everything clicked for me. First, my anxiety had fed my substance use disorder: it ramped up out of casual and into harmful as soon as I moved to college and suffered increased anxiety about both academia and socialization. That increased anxiety led me to lean more on substances. And over the next few years, I would induce mania with adderall, ecstasy, cocaine, etc. And then when I was no longer doing adderall, ecstasy, and cocaine, I was still manic. It feels like I’ve been manic for ten years. But at least now I know why and I can accept some personal responsibility.

No Advice, Just What Works For Me

Things got better when I found my psychiatrist, now of 7 years. I, like many sufferers from a dual diagnosis, am beholden to my insurance. I have Kaiser, and while I’ve complained about them (who hasn’t complained about some kind of insurance?), they allowed me to switch and change psychologists and psychiatrists as often as I wanted. I switched therapists a few times, but was lucky enough to land on the right psychiatrist the first time. I am now properly medicated. But I would have taken steps to replace her without a second thought if she turned out to be a poor fit. I am always concerned with getting the absolute best fit.

Getting medicated was the best thing I could do for myself. When treated for depression with medication, I never felt right. Once my Bipolar diagnosis was acknowledged, the corresponding meds were able to do their job. With the right diagnosis, the corresponding medication can perform well. I am so glad I took the time to get the right diagnosis. Medication can only help if it’s treating you for your actual problem–and discovering that problem takes time.

What really works for me is taking an active role in my recovery, which I view as not just recovery from substances but from my substance-induced diagnosis–I choose to believe it’s not a death sentence. This does not just mean trying hard and meditating. This means I cancel therapy when I believe the session will stress me out more than it will help me. This means I change therapists when I feel the need. This means I tell my psychiatrist when I feel something is off with my medication dosage. This means being committed and being my own advocate. And of course, this means leaning on supportive groups and people like those in LifeRing Secular Recovery.